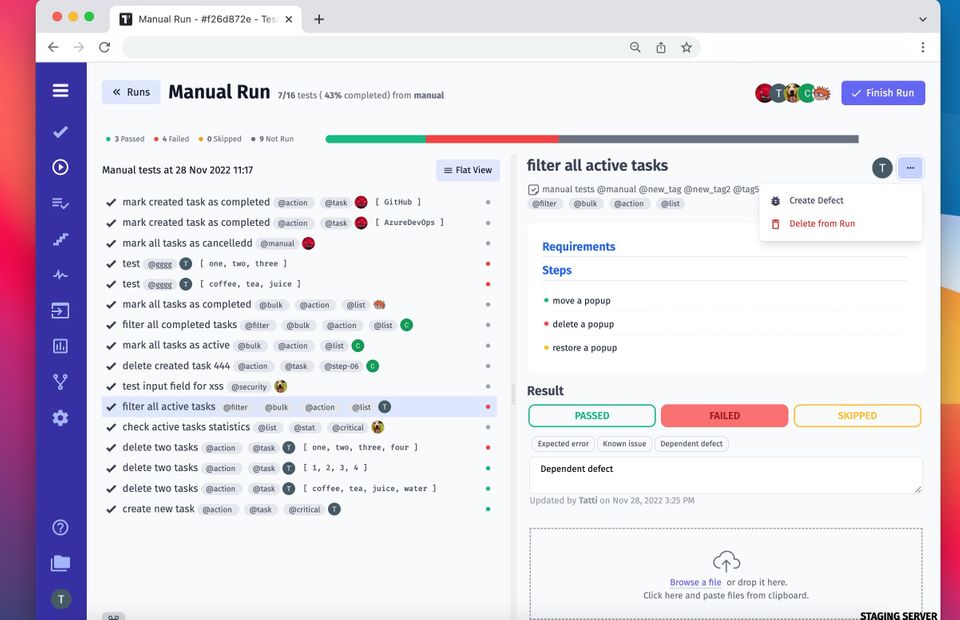 We are glad to put forward Azure DevOps Integration 🥳 You can link Testomat.io project to Azure DevOps and feel all benefits of reporting tests:

See how it works here

Create Tickets In GitHub Issues & Azure Board From Testomat.io

Quality assurance is closely connected to Issue management, which involves documenting the issues. Testomat.io provides Issues Management Systems integration to meet this need and link your testing data to your Issue Management Systems, such as GitHub Issues & Azure Board.

Learn how it works here.

Add Your Custom Links To Tests

Now you can add a link to your Test, Suite, or Run Report without connecting any Issues Management System. This allows binding important data to enrich your testing flow. See more details here.

JIRA sprints are widely used in the software development process. So we added the Sprints feature to Testomat.io JIRA integration. Track your project Test Coverage on sprints view.

Test plans are used in the day-to-day testing process. You may need to have a set of tests created in Testoma.io in your JIRA story. Now you can easily link tests by a Test plan.

API is commonly used for building custom solutions and getting specific metrics. So it can be used to get testing analytics for your project. Testomat.io provides API for Tests, Runs, Test Plans, Jira Issues, Analytics, and more. 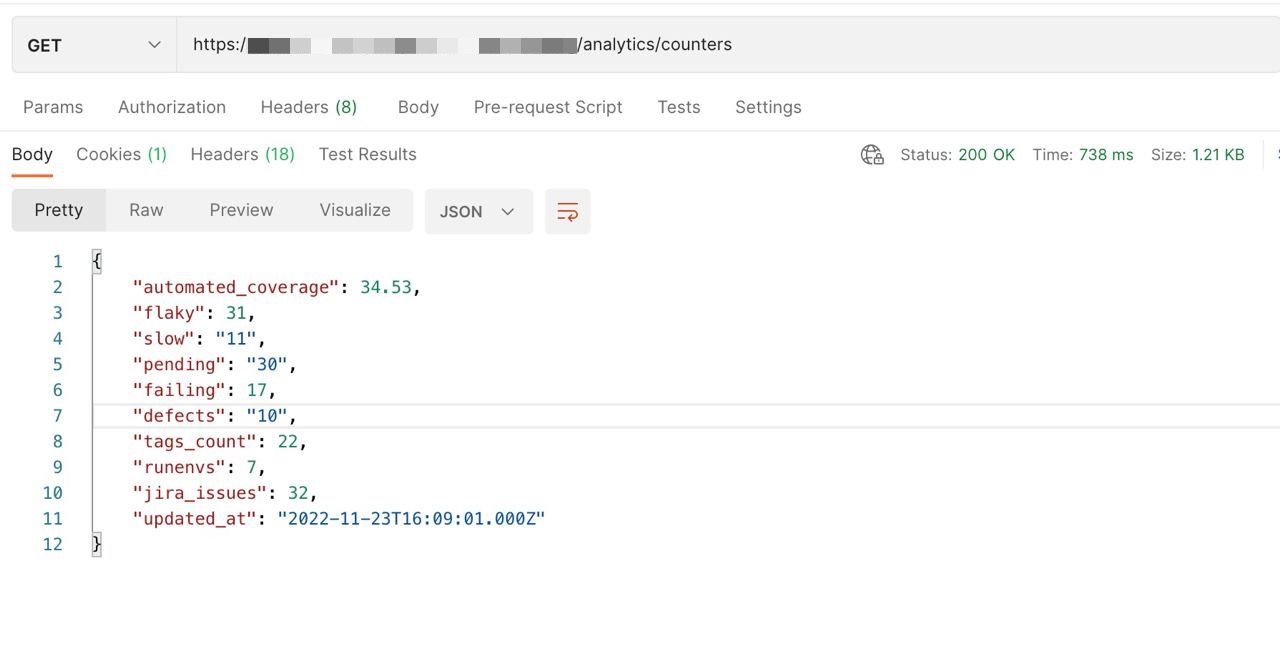 Select test runs and see a visual display of the similarities and differences. Compare your run reports and analyze them by such parameters as Flaky, Revieved, Degraded, and more.

There may be situations when you need to change or add something to a launched Test Run without re-starting it. With this release, we added the ability to Manual Run functionality. Start a manual run and edit:

This time we implemented assigning multiple users to a Manual Test run. Add as many users as needed to perform full-scale testing using one of the strategies:

Move your Runs to RunGroups or root easily with Move option. Organize and store your test results the way you need.

Sort your ongoing tests by statuses

Launch your tests by tags directly from the Tests page. There is no more need to create extra test plan for launching tests by a single tag.

🚀 Create a demo project for free and check all amazing features right now. We look forward to hearing what you think, and what other features we should do!
Previous Post
Next Post 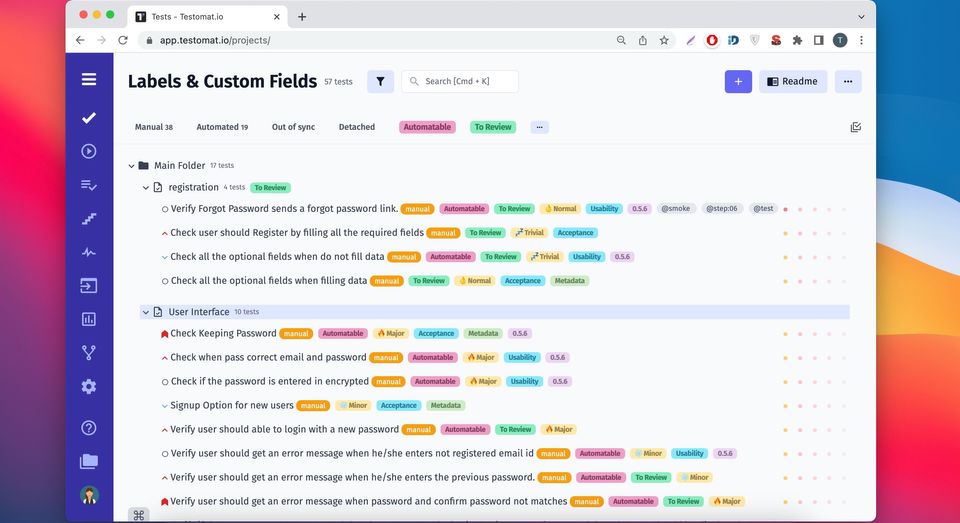 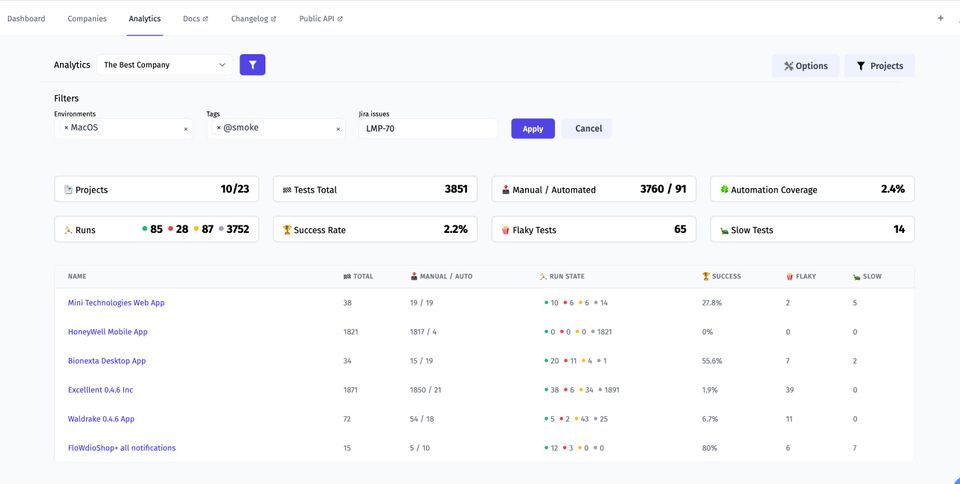